On this site you will find:

View the new NoGa Calendar - All the top events!!!

Happy Thanksgiving from the team at Tour North Georgia! News and Updates return next week! 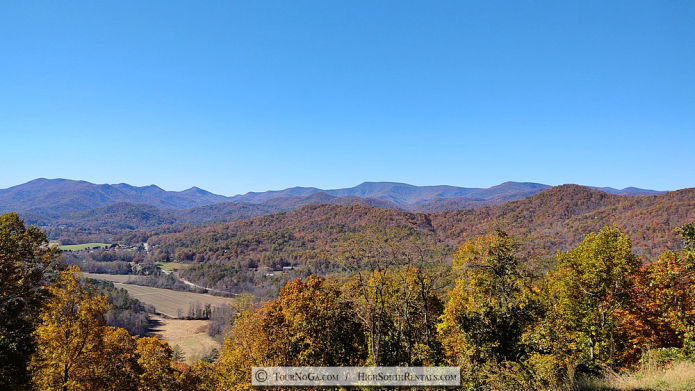 This Nov 9th view from the Sky Valley Overlook still shows some good color! A bit muted, there we still good splashes of yellows! 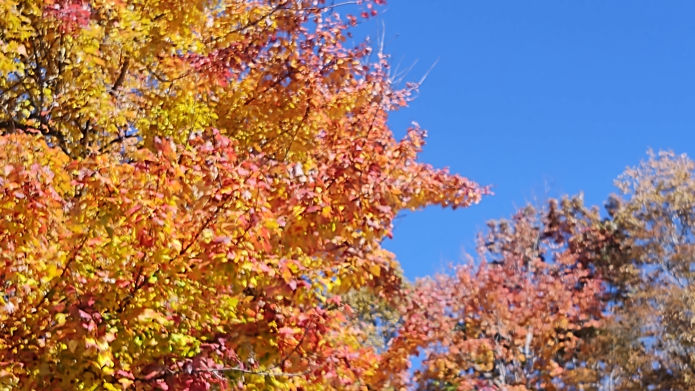 Great colors can still be seen - this one just beside the overlook!

Where is this:
This link [Map to Sky Valley Overlook] will open a Google Map for you. 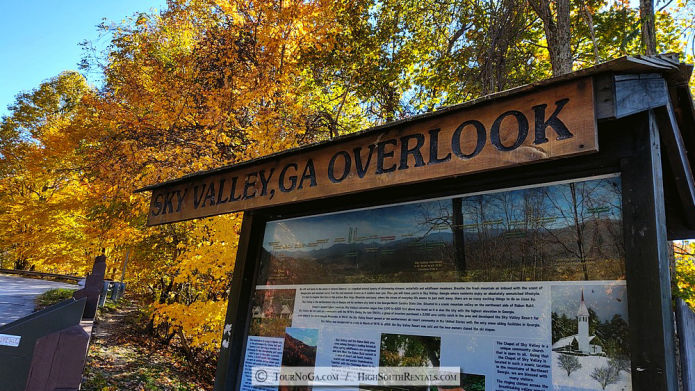 This overlook is not only beautiful, you can drive right up to it - no hiking or climbing!  The Overlook's info center shows  what your are looking at in the valley and mountains beyond.

Tour North Georgia will include the top historical sites in the area. One of the top - Track Rock Gap: Track Rock Gap is believed to contain Mayan ruins. North Georgia has been definitively linked to the Mexican Mayan ruins by way of Mayan Blue. Some Mayan Blue analyzed in Mexico is composed of indigo dye and clay from Georgia. Track Rack Gap is in the Track Rock Gap Archaeological Area in the Brasstown Ranger District of the Chattahoochee National Forest in Georgia...
more to come!

At the time of the arrival of settlers from Europe, it was inhabited largely by the Cherokee. The counties of north Georgia were often scenes of important events in the history of Georgia. It was the site of many American Civil War battles, including the Battle of Lookout Mountain and the Battle of Chickamauga, leading up to the Atlanta Campaign.

The highest of Georgia's Appalachian Mountains are near the North Carolina border, including Brasstown Bald, the highest point in the state. The northwest contains part of the eastern Tennessee seismic zone, and small earthquakes have been felt as far away as Atlanta. The foothills gradually flatten out toward the south. Much of metro Atlanta is hilly as well, especially on the north and west.

The High South Media Network
We are a VRBO and Expedia affiliate. We search these two services and list select rentals here for you. These are rentals in good locations, good ratings and good value! Our Western North Carolina service, HighSouthRentals.com has helped thousands find great rentals. Thanks for using our site!
TourNoGao.com
TourNorthGeorgia.com
TheHighSouth.com 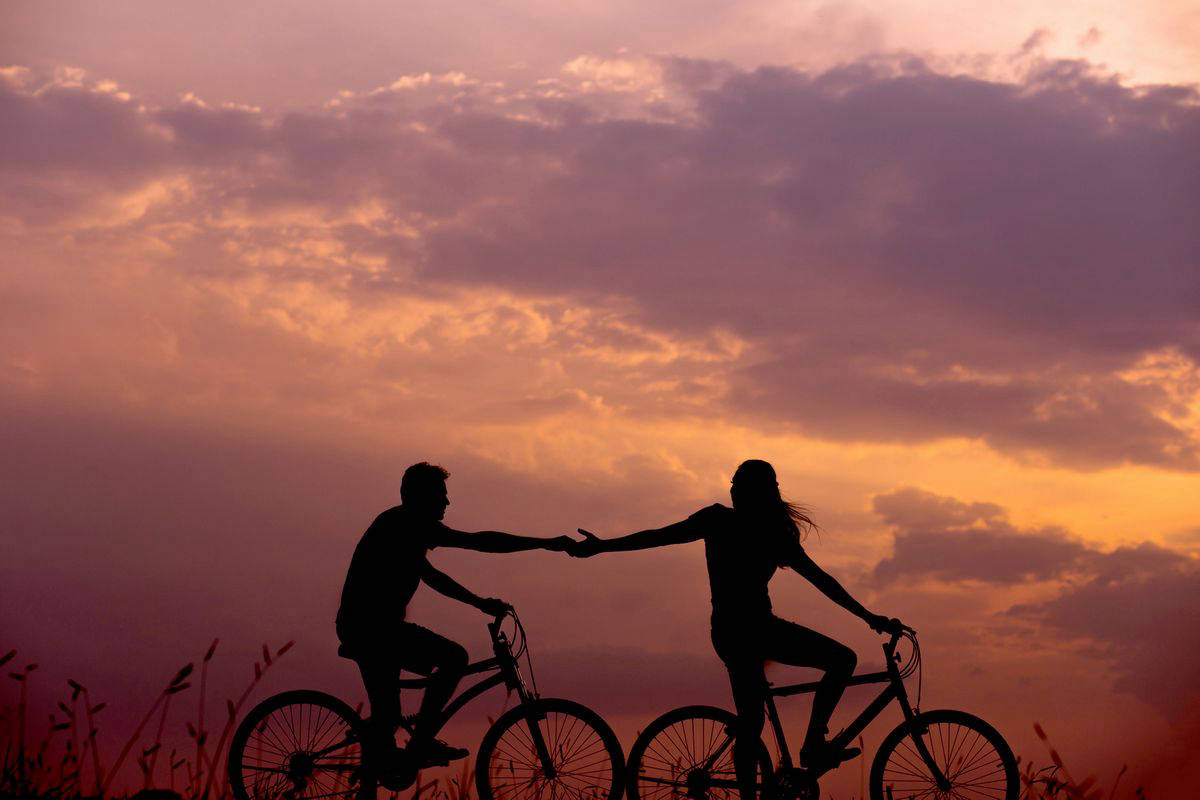 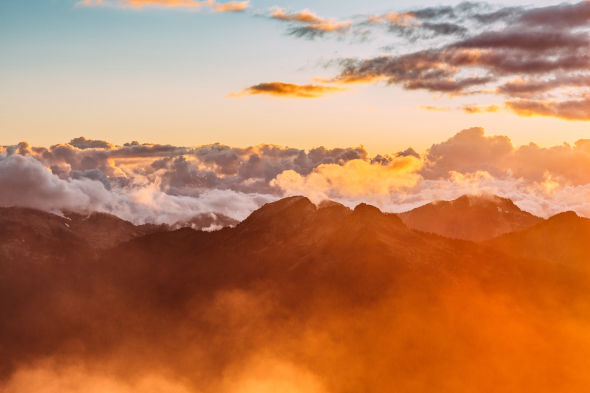